Slowly, I pull my bare feet forward.  I hardly have the strength to go on.  We all know that — Hood is going to kill us yet.  I just pray to God that it isna here.  That it isna here.

Where have I been all week?  In Franklin and Nashville, Tennessee!  Studying about good homeschoolers and battles bravely fought and bravely won.

It was so much fun, and so thrilling to learn about those men in Tennessee, and about the Generals…and to meet new friends.  I wrote about it so I would remember everything.  Before I get started, please realize half of the houses you couldn’t take pictures of the inside.  (I know!  I was totally bummed out.)

“Coffee?  When an army just snuck through my grasp?  Well, perhaps.”

In the yard of this stately house, the skirmish of Spring Hill was fought.  General John B. Hood had strategically placed his men to entrap the enemy…But somehow that failed.

To be honest, this house wasn’t my favorite.  The outside was beautiful, but the inside?  Eh, if you like mansions and work, this was your house.  I just like the magnolia trees and the yard.  It even had a gazebo!

Since it wasn’t my favorite spot, we’ll move on. 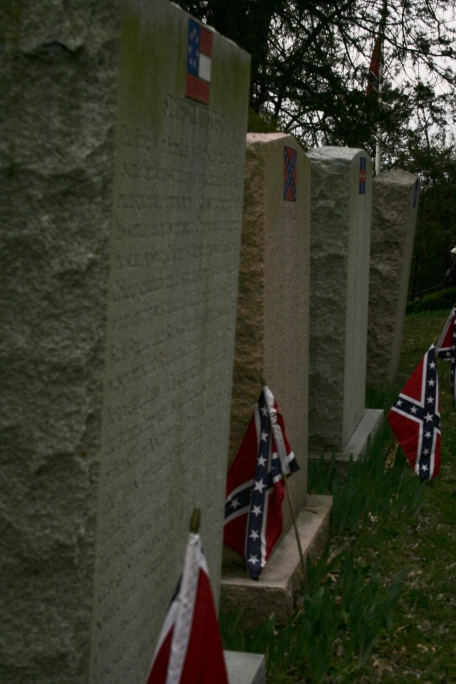 Hood stood next to me, irate as ever.  On his long face, his beard seemed to prickle.  “We attack them here.”

The Union army of 2,000 troops walked straight through the Confederate army of the same strength on the night of November 29. It was reported that several Union troops were caught while lighting their pipes in Reb fires.  We are not exactly sure why the Union army wasn’t stopped.  One Reb walked to Hood’s headquarters and informed him of what was going on.  Hood insisted he had told Cheetham take care of the matter–The only problem was that Cheetham was a drunk.

The Union forces ran all the way to Franklin, hoping to cross over the river and into the safety of Nashville.  However, that was not to be.  The bridges had washed out.

Hood chased the Union army to Franklin, where he realized he had to make his move before the bridges were built–before the Union army got to Nashville.  It seemed to be a now or never moment for Hood.  But Hood’s officers disagreed.

Standing in the same place as men like Hood, Forrest, and Cleburne was amazing.  I enjoyed learning about the men while I was there, and seeing the view. 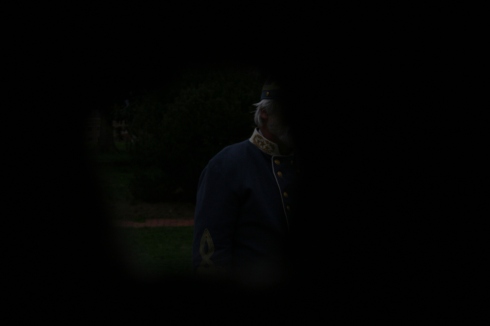 I closed my eyes.  That couldn’t be Uncle Todd.  It couldn’t have happened.  The doctor looked up and said, “Please hold that candle steady.”  I will never forget it.  Never, even though I am but eight.

The Carter house was inches away from the Union strongholds.  In fact, the Union lines broke right at their house.  They have a small shed out in the back that is riddled with bullet holes.  There’s a cannon hole in the side of the house.

The family stayed in the cellar during the attack, as they didn’t think that the Rebs would actually attack in Franklin.  Would you attack men that had dug six feet into the ground and made breastworks?

The whole battle, minus forty-five minutes, took place in the dark.  It was hand to hand combat in the smoky darkness.  One survivor said that the smoke was so dense, he couldn’t pry his eyes open.  When he did, it was only to save his own neck.

The saddest part of the battle is that Fountain Carter came out of his cellar to see bodies everywhere…and then a Reb came up to tell him that his son, Todd, was lying injured on the battlefield.  This same son was supposed to be in a Union prison.

“Your house will be used as a Confederate hospital.  I’d expect the men to arrive in fifteen to twenty minutes.”  And maybe they won’t ever leave–In fact, they might stay buried in your yard.

I’ve been to Carnton before, so it wasn’t as exciting.  How many have read The Widow of the South?  What?  None of you?  Okay, if you’re over thirteen, go read it immediately.  It’s amazing and it really makes you think.

Wait!  I’m not done with my visit, but I’m going to give you some human sides of this.  Like, what I did and thought.  I slept with my little sister, Rose, the whole trip.  She likes to cuddle.  And sleep in the middle of the bed.  Very annoying for me, since I do not like cuddling.

Here’s the quote of the trip.  (Credit to my younger sister)

Did you know the night is so long?  It’s longer here than at home.

My judgement on coffee during this trip.  At the first hotel it was so bad.  It smelled like charcoal.  And it tasted like stevia.  But, the second hotel’s coffee was so good, that I risked my life to go and get it at ten at night.

I enjoyed the tour, but the conference?  Well, I liked the vendor hall and meeting new people and seeing old acquaintances.

IT SNOWED THAT NIGHT!  It had flurries all Wednesday, but Thursday it actually snowed on the ground.  It was a dusting–But still!

Shy’s hill was beautiful.  The story of courage, of fortitude, and of danger is thrilling.  Colonel Shy was told to hold this hill during the battle of Nashville.  When they saw a regiment of Minnesotans rushing up the hill, half of Shy’s men ran for their dear lives.  However, Shy stood firm and fought like a true man.

When shot in the head at point blank range, the hill was taken.  Shy’s body was the only body out of those Tennesseans that died there to be shipped home.  In fact, Shy’s body has a funny story to it.  However, I don’t have time or room to tell.  If you’d like to hear it, comment below.

Well, this is actually stop seven, but I don’t feel like telling you about stop six.  Anyway, we learned about Jackson, Polk, Johnson, and Sam Davis here.  Each man has an interesting story in his own right.

The statue above is of Jackson.

Did I know all this before the trip?  Um, most of it…Only because I read about it in a book about the Army of Tennessee.  You would like to learn more?  Read Company Aytch by Sam Watkins.

Now, ready for the last bit of news?  *Grins really wide*. You won’t guess it. 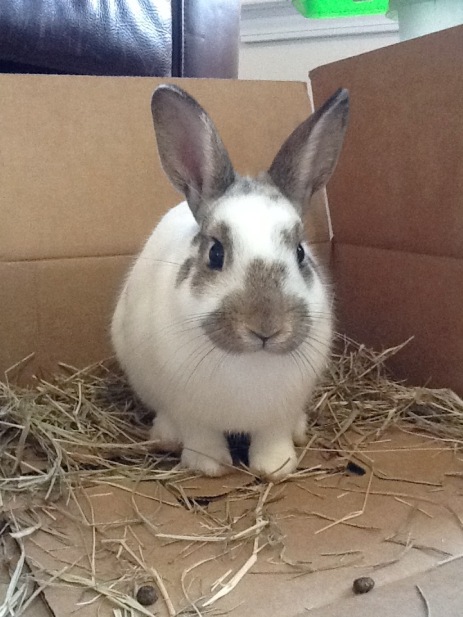 Did you say bunny?  A new bunny?  Now where did you get that idea?  Well, Snowball got a friend…his own blood brother to be exact…and we’ve named him Hedgcock, after our favorite author.

Sadly, Snowball would run away as soon as I got out the camera, but Hedgcock enjoyed posing for me.

What more history?  Think Hedgcock is cute?  Been to Nashville?  Comment below!