Hullo and welcome back!  Today I’m going to be giving you ideas for your fathers, brothers, uncles, grandfathers…*draws a deep breath* Okay, I could go on, but you get the idea.  I’m excited to see how hard this is going to be for me to come up with, so let’s hop to it!

Men seem to have an obsession with facial hair, if they can grow it.  😑  So, if your dad, granddad, or someone in your life that you need to get a present for has a beard, go for it.  My dad has a beard, so this was the first thing that came to my mind.  And it’s not too expensive.

Both my dad, my uncles, and my granddad love their coffee, so I’m assuming most men like coffee.  Get them a cup that reminds them how much you love them while they drink their coffee.  Obviously that is the best dad cup up there. XD 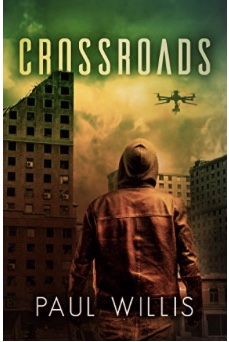 Please, just take a minute to boggle over that cover.  😍 Yep, I’m liking the cover, and I’m wishing I had this book.  (*looks at siblings* You better have gotten this for me.)  Since I haven’t read the book yet, I’ll just give you the summary off Amazon.

Jack grew up concealing his faith, but now the persecution of Christians has turned lethal. After inadvertently putting his family in danger, Jack becomes aware of a covert agency dedicated to protecting Christians. The agency takes his mother and sister to safety and offers him a position as an emergency medic within their ranks.

Caring for the injured allows Jack to help their cause without violating his pacifistic beliefs, but he stands at odds with tough resistance fighter Britain. Grueling firefights, severe losses, and desperate choices test their beliefs as each of them seeks to save lives no matter the cost. But what is that cost?

*cough* I almost put up a tee-shirt that said “books and coffee” but I realized I was probably the only one that liked that.  So?  Give this to your writer friend/brother.  We’d all better be careful…Except, I’ve never put someone I knew in my novel.  (Well, except my little sister. 😂)

So I don’t have a picture for this idea.  But!  Get your brother/dad/friend (okay, that’s getting very annoying to say) a music album from their favorite artists.

G.A. Henty might have written some of the worse books ever written, but Heirloom Audio Productions have turned them into AMAZING audio dramas.  Okay, here’s a list of the actors.  In Freedom’s Cause had Skandar Keynes (from Narnia), this one has Chris Anthony (from Adventures in Odyssey), and in Captain Bailey’s Heir there’s John Rhys Davies.  With Lee in Virginia is by far the best.  Battle, friendship,  death, General Lee, Stonewall Jackson, COME ON, GUYS!  YOU MUST GET THIS!!!!! (If I have to choose an audio drama, it’s With Lee in Virginia, The Dragon and the Raven, or the White Gypsy.  All so good.)

Duck tape, battles, wars, and just about anything you can imagine.  Which boy wouldn’t want that?  My brother still loves to go over his warfare by duck tape books and he still fights with his sword.  This is an awesome gift, I assure you.  🙂

Which boy doesn’t enjoy Legos?  What about a Lego movie that’s all about Joshua and the battle of Jericho?  It’s a hilarious movie that is funny.  (I can’t think of anything else to say.  It’s been years since I watched it, but my siblings and I still talk about it to this day. XD) It’s even on sale!

And since we’re on the topic of Legos, here is a Lego story!  I’ll add the description to tell you what it’s about.

A young hunter is suddenly thrust into a vital role as the sole emissary to a neighboring kingdom, seeking aid in the struggle against a deadly foe. An evil empire is threatening to destroy his peaceful, forested homeland!

Completely illustrated with 163 photos of amazing LEGO creations built by the authors, Mark and Steven Erickson. Readers both young and young-at-heart will be enthralled with a sweeping tale of deadly struggle and heroic victory!

*silently really wants this for myself* And, of course, why don’t you get him a knife?  One of the best things ever for a man, honestly.  This Bowie knife is like, um, really pretty? So you should definitely get him this.

And lastly, we have Douglas Bond’s wonderful book, War in the Wasteland.  It’s a well written historical fiction about C.S. Lewis before he became a Christian.  An absolute MUST read.  I love Douglas Bond’s books, and so does my brother.  (They’re actually supposed to be boy books, but hey, I like boy books.)  You should totally get this for your brother.  *nods*

AND there you go.   Eleven ideas on what to get your…Okay, I’m not going back into that.  You know what I mean.  *sighs*. Typing all those names takes TOO long.